TravelMemories 4: Multicultural Peru - from visiting fantastic sites to being stuck on an ice wall at 5700 meters.

Photo by Eduardo Flores on Unsplash

I'm afraid. Afraid to forget. In 2014, me and my girlfriend were on a tour around the world for 14 months. While reminisce about these days, I notice that there are things that I have forgotten. I mix up places or cannot remember the voice and faces of some memorable encounters anymore. I guess my memory's not quite what it used to be. This means that I have to write things down. I want to immortalize a piece of this journey. Later, when I tell my children about how beautiful this world is, I want them to know how I felt at that moment, how I reacted in certain situations. Hence this series around TravelMemories. Not really a classic travel story; rather fragmentary. With the use of memories that come flooding back to me, I try to recall the right feeling of that time. Hopefully my mind doesn’t fool me.

When you think of Peru, the Incas come to mind right away, but the country has been dominated for many years by various pre-Inca cultures living side by side. The first part of our stay we spent most of our time on beautiful, archaeological sites. Then it was time to do some hiking in the Andes. We ended these fantastic weeks with volunteer work in the former capital of the Inca empire, Cusco.

Our first stop. This city did not have a lot of charm, but we mainly wanted to visit the museum of "El señor de Sipán". We could meet this pre-Inca lord ‘in the flesh’, in the form of a well-preserved mummy. The pyramid-shaped museum had a wealth of information about the Mocha culture, to which these men belonged. We were stunned by the beautiful details in the pottery and the finishing of the many beautiful jewels archaeologists had found in his grave.

The real tourist Gringo route is mainly in the South of Peru. We had heard, however, that the northern mountains had just as much to offer, that is why we wanted to stop in this typical Peruvian town and the cute surrounding farming villages.

As in all of Peru, you can also find beautiful archaeological sites here, one larger than the other. The first tour went to Kuelap, a large fortress on the top of a mountain that was inhabited for centuries by the people of the Chachapoyas culture. Apparantly more stones were used for the plateau on which this city was built than for the pyramids of Egypt. The arrival of the Spaniards and the accompanying bubonic plague probably caused the demise of these people.

Slightly less impressive was a cave full of mud, which still serves as a place to worship nature. The guide, who did his very best to make the site seem spectacular, had a lamp and a 12kg battery to provide us with light. The friendly, young boy was super happy that some tourists finally came to visit. Unfortunately, he had to give his meager salary of 30 soles (+ his salary for three weeks) to the driver, when he accidently swept his giant battery through the rear window when getting out.

Finally, Chachapoyas will also stay with us as the little town where we ate an icecream and a slice of cake every day in Cafeteria José!

Our hunger for archaeological sites was not yet satisfied, especially as we knew that some of the Peruvian highlights in terms of history were on our route: Chan Chan and Huacas del Sol y de la Luna. The first place is the largest adobe city ever constructed. Due to the last El Niño and the heavy rainfall many buildings have been damaged, but we were still able to imagine how the Chimu people (also pre-Incas) lived in this metropolis. The Huacas (a kind of temples and palaces) are again of the Moche's and are more colorful decorated. It’s difficult to fathom their urge to build. Every 100 years they filled the entire temple with adobe's and they started a new layer that was broader and higher than the previous one. In this way a kind of inverted pyramid was created.

It is striking how dry and desert-like the entire coastline of Peru is today. The city Trujillo is really in the middle of the sand dunes. Nowadays it is warm and windy all year round, while in the past the environment must have been much greener. Trujillo itself is a place full of culture and colonial grandeur. We visited old colonial houses and strolled around at the big market and the streets.

To allow us to fully immerse ourselves in Peruvian culture, we booked a tour to a hacienda. Turned out that we were the only ones. We got personal explanations from a horse breeder about the typical Caballos de Paso (Peruvian breeding horses that walk in a different way, which makes them easier to ride) and got private lessons in the Marinera (a traditional couple dance). Especially the latter activity caused hilarity. There we were: with the two of us in the middle of a big lawn. The teacher had not yet found a female partner so my girlfriend, after a half an hour of practice, had to participate in their local dance show. I sat along the sidelines, sniggering with a beer in my hand.

This young couple did the Marinera at a friends wedding

Huaraz is located in the Cordillera Blanca, one of the most beautiful and accessible mountain ranges in South America. We prepared ourselves for the four-day Santa Cruz trek in the Huascaran National Park. This trip took us past melting lakes, glaciers, desert, lagoons and farming villages ... Especially the second day was a challenge, as it had rained all day long. When we arrived at the tent camp, we were chilled to the bone.

The truly amazing view of the snowcaps, however, made everything right. We kept us warm with coca tea and the German humor from our fellow hikers. The third day we reached Punta Union, the highest point. We had a unique view of the Santa Cruz valley and the Paramount mountain (yes, that mountain in the Paramount Pictures logo). The fresh snow under our feet made everything even more special, although the climbing and descent for the pack mules was a lot more dangerous.

Photo by Eduardo Flores on Unsplash

We really got into it, because once back in Huaraz, we immediately booked the climb of our lives. We decided to defy the Vallunaraju, whose summit is just under 6000m. We slept the first night at 4900m and drank coca tea all night to prevent the altitude sickness.

The climb started at 1 am. We were tied together and had to put on special ice shoes. In this way we dragged ourselves up the glacier. Every step was a giant challenge for our body. By the sunrise we had only 50m to go. However, these last meters proved to be a lot more technical than expected. We had already jumped over cracks and holes, but a vertical ice wall seemed us to be a step too far. However, when one of our guides started the climb, I (second in line) could not do anything other than follow. When I hung halfway the wall, with my legs swinging at 5750m, my girlfriend started to panic. She did not want to go any further and our Spanish co-tourist also found it irresponsible.

On the one hand, it might be a shame, but on the other hand we had really moved our boundaries. We then enjoyed the mighty view, just below the summit. A magical day. Whether we will ever try again, I doubt it. Climbing at such a height is really a bit dying.

After the mountains we were longing for a bit of warmth. How about a wine tasting along the coast? We took a taxi and took a tour around the ancient Tacama vineyard. Of course we could not ignore the free tastings. We even bought an extra bottle for the room.

Ica is also known as a base for the Islas Ballestas, protected islands that are home to millions of bird colonies and fatty, stinking sea lions. Every so many years, a company come for the guano (a beautiful name for bird shit). It is sold as a premium fertilizer.

That traveling also has a downside, we unfortunately also discovered in Ica. Upon arrival, our ukulele was stolen during the bus ride and afterwards also our camera disappeared. The photos for which we have had to toil the hardest (that of the just described climbing) were gone. A painful day.

Even before our arrival in Peru, we knew that there is a large, well-preserved monastery in Arequipa: the Santa Catalina convent. It is actually almost a city in a city with its own streets, a laundromat, a gigantic communal kitchen, a cemetery, a church, ... Every nun had her own little house with an inner square. It was not until the 1970s that other people were allowed to enter the convent. Architects and enthusiasts immediately came from afar to study the unique, complex architecture.

Also nice was the Free Walking Tour, organized by the city authorities. We were shown around the traditional food market, drank Tunki coffee (an indigenous coffee that had just won an international prize), visited the Jesuit church and made contact with a hyper kinetic, slightly autistic Spaniard who also participated in the tour.

Many pre-Inca sites behind us, we were now ready for it: the Machu Picchu. A driver took us through questionable mountain roads to Hidroelectrica. Three hours later we were in Aguas Calientes, the village closest to this phenomenal Inca building. The day after, just before sunrise, we were at the entrance. We were on our guard, because maybe Machu Picchu was so well known that the site would not meet our expectations. That turned out to be unjustified, because it really is an incredible sight. Not only is the city itself well conserved, especially the environment with the misty mountains creates an extra mystical atmosphere. We learned that Machu Picchu was mainly a religious place The Spaniards, in their 300 years of domination, had never heard of the Machu Picchu.

In Cusco we also did two weeks of volunteer work in the Aldea Yanapay school. In the afternoon there were after-school activities. The intention was mainly to give the children (who often come from a very miserable home situation) friendship and values. Highlight of the week was the Friday show, where there was dancing, theater and singing. It became a super experience. The children were affectionate and after months of traveling it was really good to stay in the same place for two weeks.

Finally, I want to share one experience with you. One night in Cusco we ended up in the funniest and most bizarre pizzeria ever, called “Chez Nona”. The restaurant was operated by a mega-cute retired couple. They had a wood-fired oven, but the chimney was clearly hidden. The smoke was not directed upwards, but went straight out through the restaurant. The owner told us that the wind was not right that night, but the blackened walls in the pizzeria suggested something else ... The result: all customers had to walk out every five minutes with watery eyes. Since we had difficulties to breathe, we decided to ask for a take-away. That was no problem, the sweet man made his own pizza box with a lot of love. The tears were streaming down our faces when we left the building. Our clothes reeked of smoke, but the pizza itself tasted - bizarre enough - amazing!

Note: the photos are not taken by myself. They are especially added to create the right feeling. The source is always mentioned. 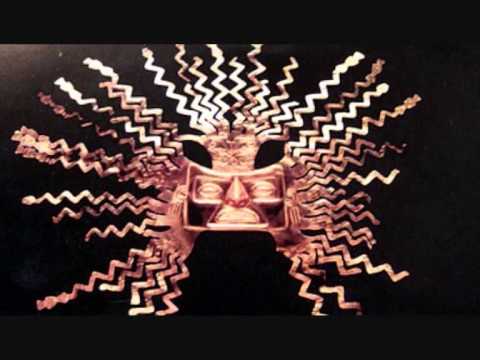